Come and join in the fun!

Last week I overheard a woman in the park talk to her partner as she watched her three year old son ducking and diving between the swings. ‘Girls are so much EASIER!’ she sighed. ‘All you gotta do is give ’em a doll. That’s all they want!’

Meanwhile, every cell in my body had risen, bolt and upright, like millions of hypersensitive meerkats.

Yes. Girls do like dolls. But to certify that THAT is all they want is like saying that the only thing man wants is a club to batt down his kill for dinner.

I’ll give you an insight into the world of girls. 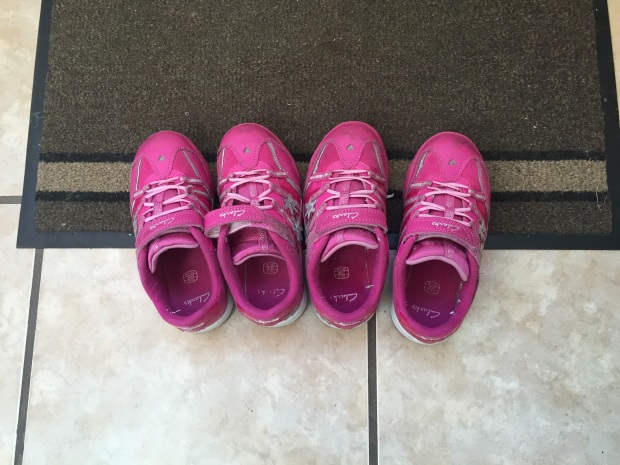 They want the doll but they always want it to wear THAT outfit which is stuck under the sofa or they want you to redo the plaits cos ‘they’ve gone a bit funny!’ Or they simply want the doll that their sister’s got and no outfit, or doll replacement, will make up for it because that is the one THEY MUST HAVE!

Girls tend to whine. A LOT. You know you’re having a bad day when after the umpteenth time of your child hollering at you because you (cruel witch) HAVE NOT bought them an Elsa doll or a Peppa Pig tea set you find yourself lecturing your child about non existent money trees while standing by the bread aisle in Morrisons. And it’s all happening before 9.30 in the morning!

However, I wasn’t going to judge the entire young female species solely on my own experience so I decided to broach the topic on a Mum Facebook page.

And the majority of answers from people who had both a boy and a girl stated that their girl was ‘more hardwork’. It was apparent that, yes, boys can be challenging but it was the emotional issues and dramas that mothers of girls have to deal with which are the MOST draining.

However, how far have we based our judgements on gender stereotypes? Are we still EXPECTING boys to be boisterous bold and strong and so when they don’t exhibit ALL of these characteristics, we deem them to be ‘chilled’, ‘more laid back’ and ‘loving’? However, if girls suddenly grow out of the ‘helpful’ and ‘people pleaser’ phase, when they articulate their needs and desires with far more passion (some might say venom), do we just label them as ‘stroppy’ and ‘defiant’? Is it because the noise and the conviction from a four year old can just get ‘a bit too much’? 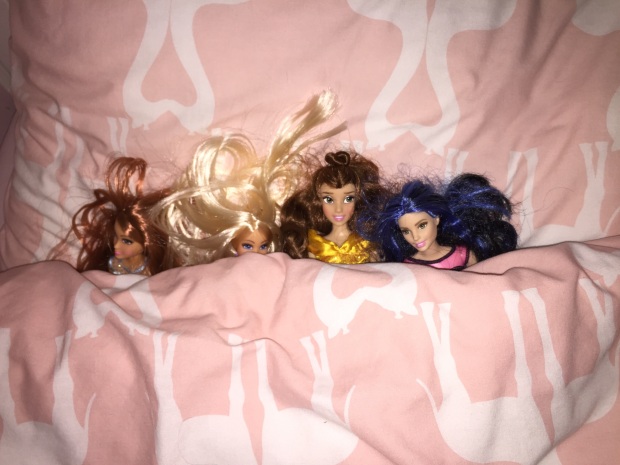 We are barely up in the morning for ten minutes before the daily gripes are voiced loudly. ‘Charlotte’s got my dolly.’
‘Charlotte’s on my sofa!’
‘Emily went bong on my head, mummy!’
‘Emily’s not doing as she’s told! MUMMY!
MUMMY! I’m talking to you!’

Needless to say, many other mums had much to say on the matter. One mum wrote of her daughter,
‘She’s more independent… not in a good way. She does everything my son never did & all the things he did she does worse! She’s the one that’s had trips to a&e. She puts more holes in her clothes. Loves the dirt. It’s endless.’

To me, this is a child who is strong and likes learning for herself. But then I haven’t got to leave the house with her in ten minutes. She could become the next Oprah Winfrey; or she might force her mum into therapy. You just don’t know.

One mum added, ‘I find the girls harder emotionally and the boys harder physically! They [boys] are always on the go and have the attention spans of goldfish. The girls are more sensitive and emotional and their problems appear far more complex.’ This is further illustrated by the idea that ‘as the more compliant and people-oriented gender, girls tend to grow up less confident and more insecure than boys.’ (Parenting.com)

Therefore, the crux of the matter is this…

Do you prefer to deal with complex emotional problems which will result in barrels loaded with Whine (ing). Or do you prefer jumping around like an oversized robotic tigger to keep up with a boy? The irony of this post is that even if we did have a preference, we certainly don’t get a choice.

All I know is that I need to ensure that my daughters become independent and happy individuals takes a deep breath no matter how ‘hard’ it may be. 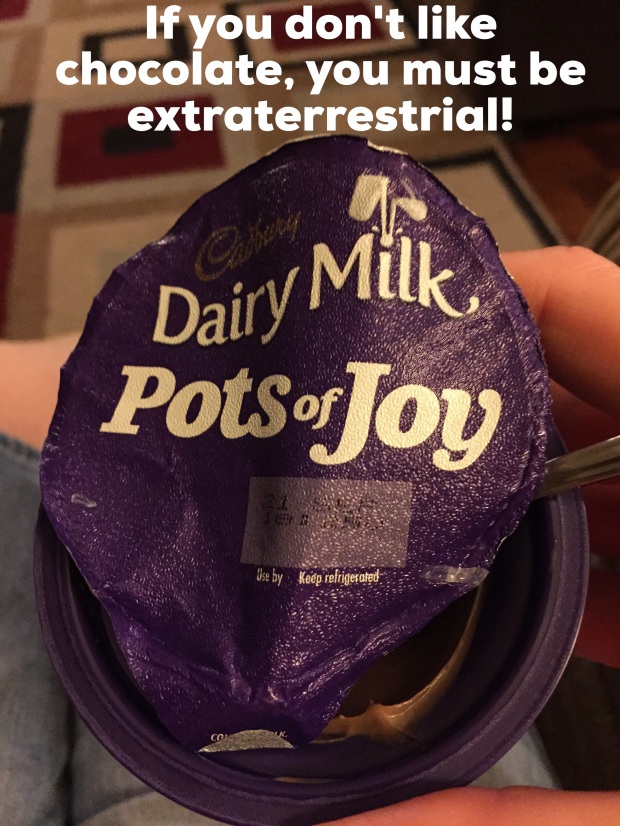 When things go wrong you want to scream!

So here is some advice from the clumsy Curly-Haired Essex Bird.

1) Never use an eyelash curler! On two occasions I have held my lashes in this steel scissor-like grip only to ‘slip’ and rip off nearly all of my eyelashes. I made this mistake when I was 16 and, being far too dumb, I then did it at 18.

I was a stupid teenager.

It looks like a medieval tool of torture, now I come to think of it.

In hindsight, allowing me to put a cutter-like contraption near my eyes was always going to be devastatingly ‘high risk.’

But I’m not the only one.

Miley Cyrus was after ‘bigger, bolder lashes’ but she accidentally cut off a chunk of her lashes with an eyelash curler, too. And did you know that ‘if you don’t clean off the old mascara from previous uses it can cause your lashes to stick and even be ripped out?’

No one mentions this in Boots or Superdrug, now, do they?

2) Secondly, don’t ever pick a spot. Not ever! If you’re ever in THAT dilemma ‘to squeeze or not to squeeze?’ just think of a big red ball because, if you do ‘squeeze’, that zit will swell to alarming volcanic proportions! Just get the concealer out and become a master of art and camouflage.

3) Also, don’t use hair removal cream on your upper lip on a day when you’ve got to look nice. It just takes one or two minutes to think over your shopping, or your interview questions (or the vows of your wedding!) and it could mean one burnt upper lip. Never put it on for more than two minutes. Not in any circumstances. Otherwise, you’ll look like the kid who over slurped on her blackcurrant. And no amount of foundation will hide those red whiskers.

4) Finally, don’t use fake tan unless you are a beautician or very talented. Brides often make this mistake. An overly generous coating can make a lady look more suitable for the old Tango advert rather than a wedding. Go to a proper beautician. This goes for any occasion. Why look like you’ve eaten your body weight in carrots when you really don’t have to?

my own dizzy head 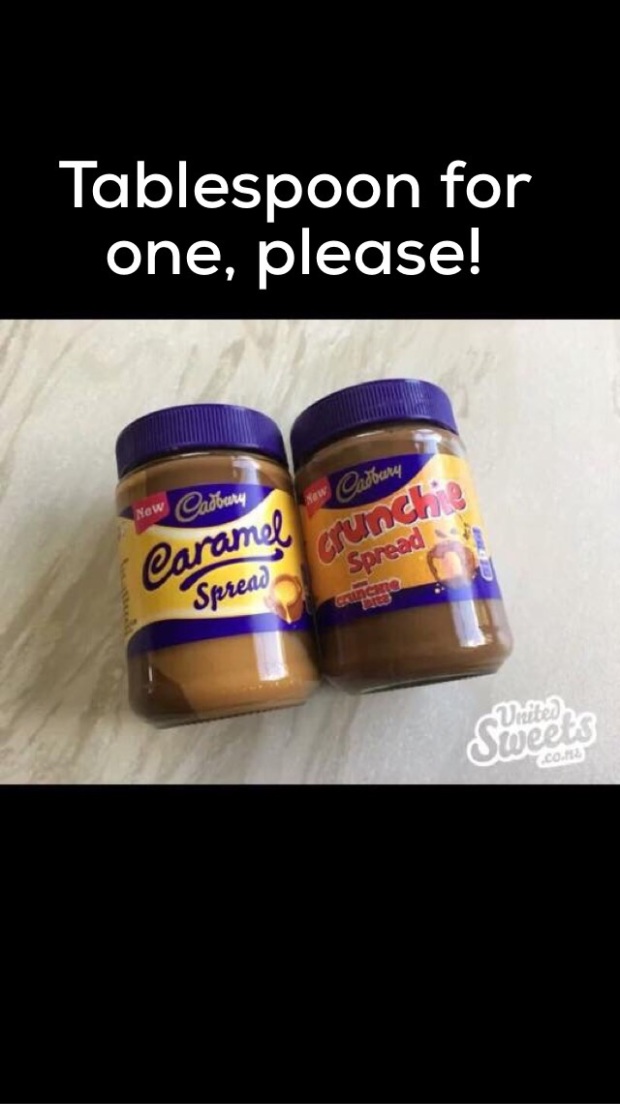 It doesn’t matter who plays James Bond, as long as it becomes ‘real’.

And this is no easy task because we have to go a long way to suspend our disbelief. 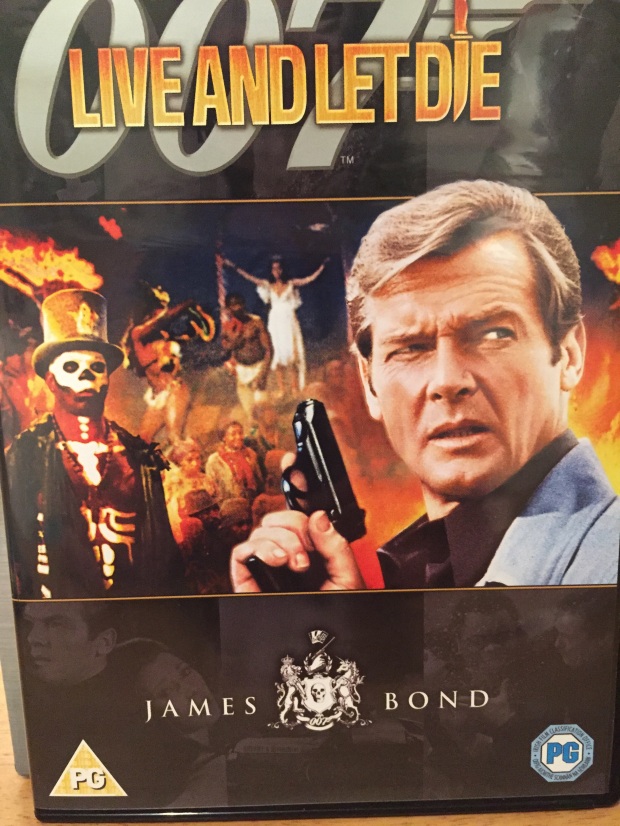 James Bond never dies! The man keeps dodging bullets, punches, knives, bombs- he should be made into a hand held waxwork because he’d make a great lucky charm for anyone crossing a war zone. In real life, the man would have disappeared several films ago. The dark and wonderful villains would have crushed 007 and sprinkled little Bond pieces all over the London Eye, by now. And while we’re on the subject of villains… 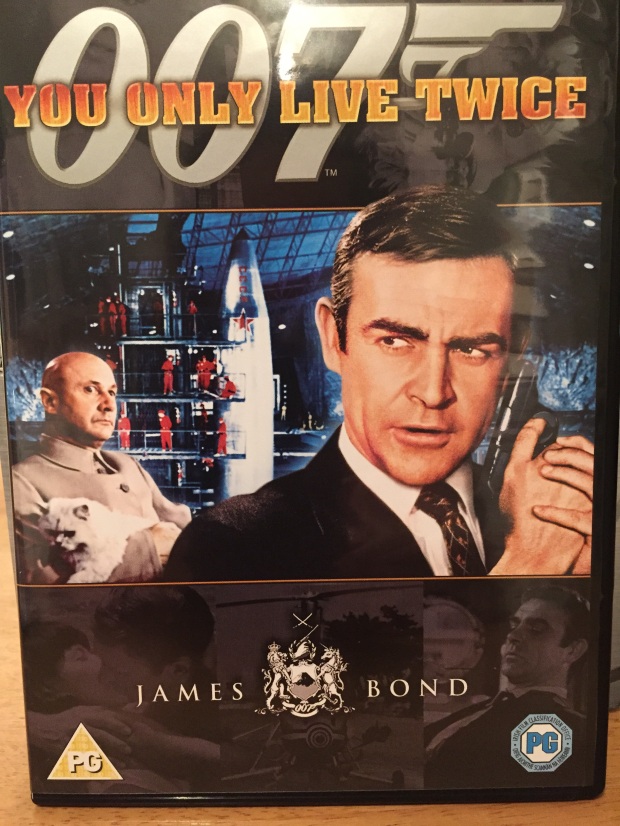 In no world apart from the Umpa-Lumpa-Willy-Wonka world are these villains realistic. The collection of Bond villains, over the years, would have been better suited to Gotham City than any other place in the film world. There has been Oddjob, Mr Kidd, Mr Big, Nick Nack, Jaws, and a rather burnt out Sean Bean, to name a few. Take Oddjob, in ‘Goldfinger’, if he really was taking people’s heads off with his flying hat then he would need to be throwing Hubcaps at his prey not a bowler hat made of felt. And the stroking of the white cat in ‘You Only Live Twice’? is so far fetched that only if Bond had the strongest cat allergy would that be a ‘realistic’ prop in the villain’s sitting room.

And another thing, all the women in EVERY Bond film fall for the charms of 007. He is known as a philanderer and yet all the women just can’t help themselves. Surely all his past loves would hunt him down and seek their revenge by now? After all, ‘hell hath no fury like a woman scorned!’

Now don’t get me wrong, I LOVE the James Bond films and 007: they transport us into an exciting world where good always defeats evil. The main man is strong, handsome, but flawed, and it’s that strong chemistry that makes us root for him. As long as the actor who plays Bond transports me to that world I really don’t care who he is. As long as ‘Vodka Martini… shaken not stirred,’ is spoken with that bold, self-assured, ‘Bondness’, I won’t mind the lack of realism. I’ll believe in Bond.

So let’s judge the contenders on their ability to pull off this self assured ‘cool’ and let’s not make a judgement based on their age, height or race.

Thoughts of a curly-haired Essex bird

Thoughts of a curly-haired Essex bird